I had an amazing time at Lunacon, where I shared a table with April Grey and Carole Ann Moleti! I sold a few copies of my books, Rage and Redemption in Alphabet City to a sixteen-year-old girl--corrupting young minds! I only got to check out one panel, a tribute to Carrie Fisher. I didn't have a chance to break for lunch until 2:00 p.m. at which point the hotel restaurant had stopped serving lunch. Uh, why?? They only had appetizers, I had the pork belly, which was tasty, but not filling enough, so I ordered a side of fries.

The HWA was out in full force! Marc Abbott, James Chambers, Elizabeth Crowens, elfman, April Grey, Steven Van Patten, and several others were there! I'll be back next year! 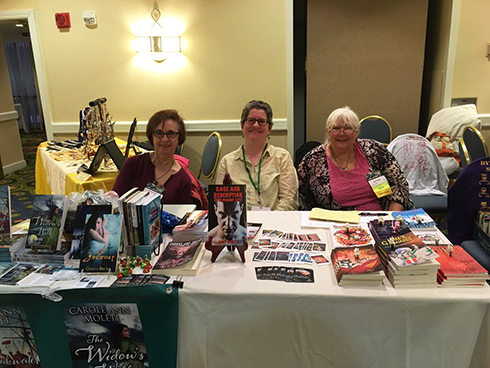 On January 8, 2017, I was joined by fellow Authors April Grey, Carole Ann Moleti and Steven Van Patten made the Hell's Kittles Launch Party at Koneko Cat Cafe a purrfect event! The space is bright, modern and welcoming! The cats warmed up to us right away--one named Eric tried to climb into my bag, attracted by the scent of my kitties, Chester and Sabrina!

All photos compliments of Alp Beck! 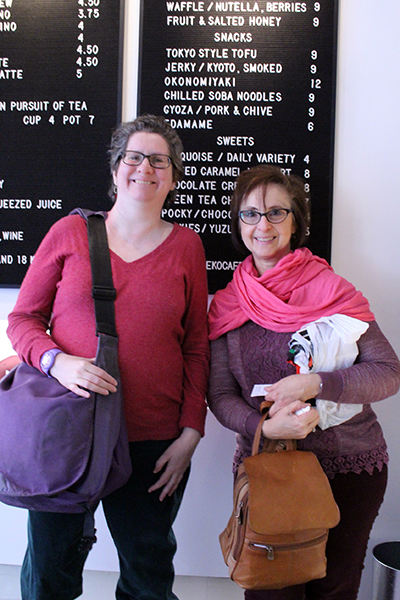 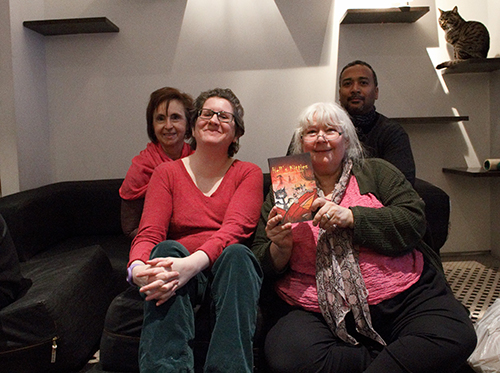 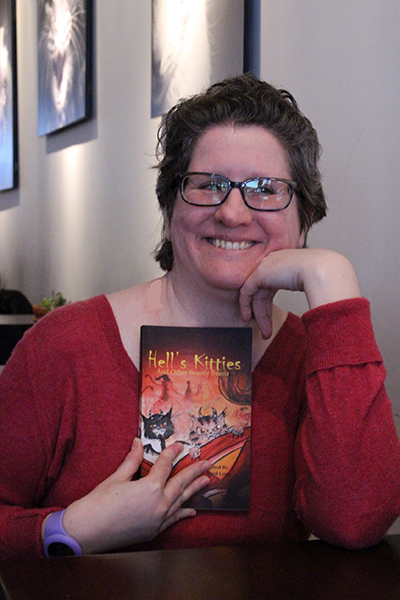 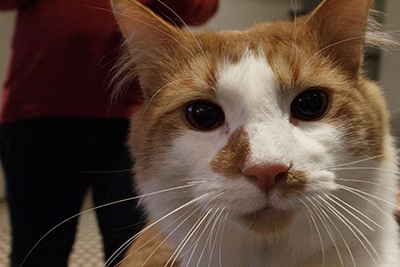 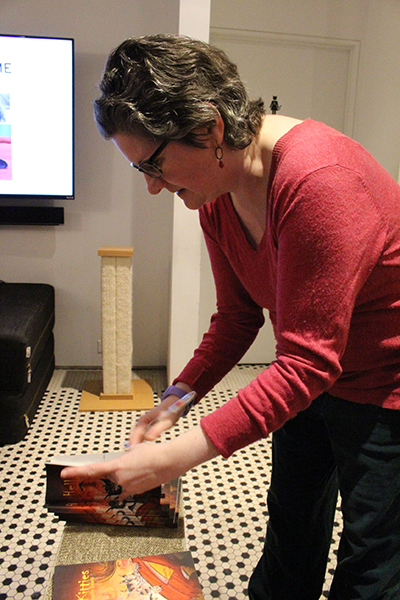 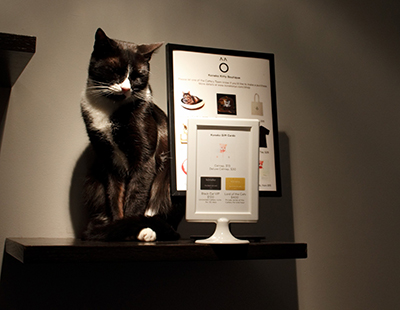 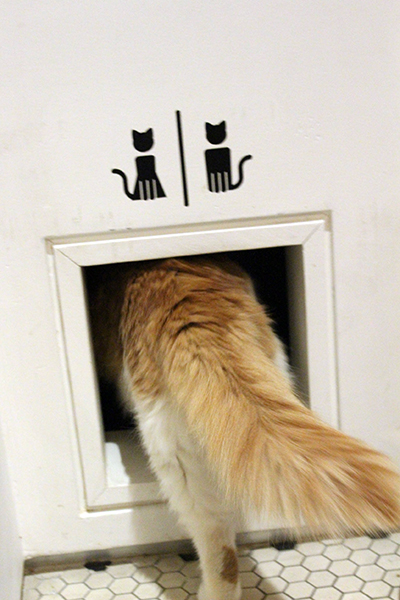 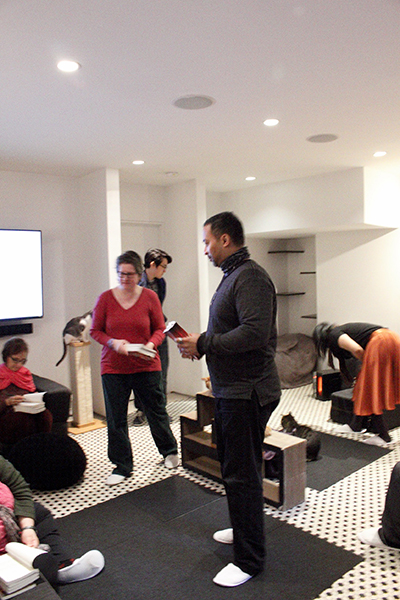 1.)      What was your inspiration for your story in Hell’s Kitties?

I'm a memoirist and wanted to write an essay about a particularly difficult to work with person. But I couldn't name names. Yes, Sasha is based on a real individual who made my working life miserable for years. And I don't think the person in question will even recognize herself because she is clueless.

2.)      What project(s) are you currently working on?
I am just finishing the third book in my paranormal romance series. Storm Watch will conclude the Unfinished Business series, which began with Breakwater Beach and continued with The Widow's Walk.

3.)      What is the scariest or funniest thing that has ever happened to you?

It's a toss up. The funniest was the employee that put a voodoo curse on me at 7am change of shift in front of all my nursing staff  (no not the same person as Sasha). She'd been disciplined for hardly ever showing up to work. The scariest was when some guy that looked like a normal construction worker went wacko on a packed subway train. He was in a war of words with another passenger who he accused of looking at him funny, then threatened to pull out a gun and start shooting if we weren't in Brooklyn in five minutes. We were in the Bronx, so that was not possible. Everybody cleared out at the next stop, and by the time the cops got there he'd fallen asleep--obviously overdosed on something.

That explains why I write urban fantasy and paranormals.

After Storm Watch is complete, I'm getting back to my urban fantasy series, Boulevard of Bad Spells and Broken Dreams. Some excerpts have been published in the Ten Tales series edited by Rayne Hall.

I started out in nonfiction and op-ed because I have no tolerance for bullshit and there is an awful lot of it out there.  My memoirs tell the truth about the health care industry--and the challenges, joys and heartaches of motherhood.  But I've always loved sci fi and fantasy and there is almost always a sliver of truth and in all my fiction. And lots of sarcastic humor--in case you didn't notice.

Carole Ann Moleti lives and works as a nurse-midwife in New York City, thus explaining her fascination with all things paranormal, urban fantasy, and space opera. Her nonfiction focuses on health care, politics, and women's issues. But her first love is writing science fiction and fantasy because walking through walls is less painful than running into them.
Books One and Two in the Unfinished Business series, Carole's Cape Cod paranormal romance novels, Breakwater Beach and The Widow's Walk, were published by Soulmate. Book Three, Storm Watch, is expected in 2017. Urban fantasies set in the world of Carole's novels have been featured in Haunted: Ten Tales of Ghosts, Seers: Ten Tales of Clairvoyance, Beltane: Ten Tales of Witchcraft, and Bites: Ten Tales of Vampires.

Excerpts of her memoirs, ranging from sweet and sentimental to edgy and irreverent, have been published in a variety of literary venues. Carole was awarded the Oasis Journal award for best nonfiction in 2009. She has a piece in the acclaimed Shifts Anthology. 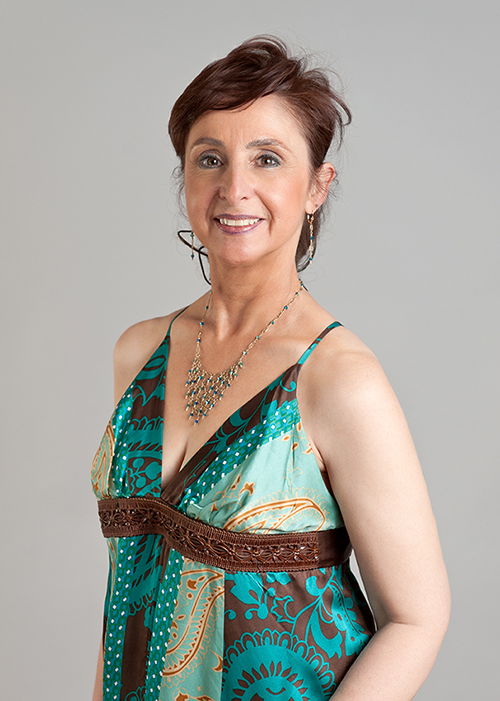