Behold, the cover and table of contents for Under Her Skin, which is a showcase of poetry from some of the darkest and most lyrical voices of women (cis and trans) and non-binary femmes in horror.

Debuting on April 5th, 2022, Under Her Skin is available for pre-order from Indie Bound as well as from various ebook providers. Don't forget to add this one to your Goodreads!

Black Spot Books presents its inaugural Poetry Showcase, featuring the best in never-before-published dark verse and lyrical prose from the voices of Women in Horror. Edited by Lindy Ryan and Toni Miller, the inaugural collection features work from Bram-Stoker award-winning and nominated authors, as well as dozens of poems from women (cis and trans) and non-binary femmes in horror. 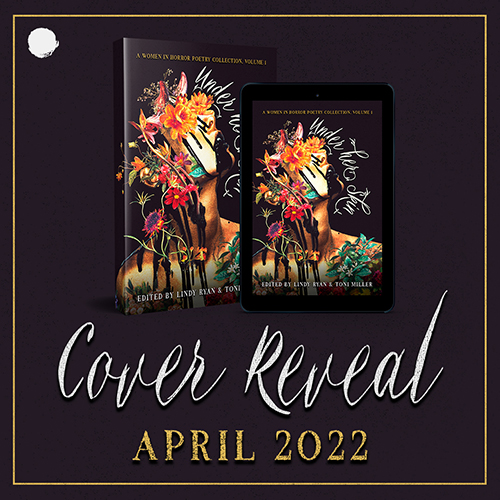